Screen based work has subtle effects on our health.

Secondly, how we sit or stand while viewing the screen has implications for health.


Do you have a problem?

Consider if one of these applies to you:

1. Set up your screen

Aim to look down towards the centre of the screen. This allows the head to be poised on top of the neck. Worksafe (2011 p.42) recommend that the top of the screen be about level with your eyes, and that you sit about a full arm length away from the screen.

This is difficult with portable devices, but Worksafe (2011 p.42) has a series of very useful suggestions for using a laptop, tablet or mobile phone.

How has your posture changed as you read this email? Are you subtly drawing back from the screen. Good!

Pivoting back and forth on your sitting bones can help you find length in your torso. Aim for poise and balance rather than a fixed posture.

Can you sit and view the screen as effortlessly as the young people in this image? (note forearms should not slope upwards towards the keyboard).

3. Look beyond the screen

When you take a break or turn on the computer, sit for a moment. Ask if your hands, arms and shoulders can soften. Ask if your neck is easy.

Now be present in the whole room, just as if you were soaking up the sun and breeze at the beach.

It may help to imagine travelling along this road, as though the centre of your computer screen is just above the word 'vision'. Think in 3D - ahead, to the sides and the road behind.

I can help with deep habits

The tips above are based on helping other people at their office desk, as well as my own personal experience.

These tips may get you started. They are unlikely alone to help you easily break postural habits that are unhelpful but deeply held.

Alexander Technique lessons can quickly help the 'undoing', get you on the right track, and allow you much more comfort during the hours you face the screen.

Please email me or ring. Price for a package of six lessons is $300. Concessions available. Duration is usually 40-50 minutes.

Even better, talk to me about assisting you and others at your workplace.
I have an evidence-based presentation to show HR and section managers, and health & safety representatives.

My blogposts that may help you:
Comcare (2012) Eye health in the workplace - a guide for PCBUs and workers, Commonwealth of Australia. Includes advice for, and obligations of, both employers and workers (available online).

Worksafe (2011) Officewise - A Guide To Health And Safety In The Office provides an important set of guidelines.
Posted by Jim Crosthwaite at 7:41 AM No comments:
Email ThisBlogThis!Share to TwitterShare to FacebookShare to Pinterest

It is now five years since I began teaching Alexander Technique in Melbourne. I love teaching both individually and in workshops. It keeps me inspired every day. The downside is that I tend to see postural problems all around me.

A recent hospital stay exposed me to the dreadful situation of many health workers - and patients too. There is too much unnecessary suffering for those people in the future, if not already.

Health system warning
All of us need to be mindful at work.  Here I focus on the health system, but I suspect the problems occur where you work too. Please take it seriously and call on help if similar problems are widespread where you work.

I was in hospital for three days because of chest pain. No problem thankfully. The search for a cause took many tests, none of which were conclusive. Pancreatitis was suspected so I stopped drinking alcohol. Months later without pain, I'm sure it was gastric due to over-eating. So on doctor's OK, I was really pleased to resume my daily nip of whisky.

Riding hard in the ambulance
The paramedic riding in the back with me said 10% of his colleagues are off work with injury. They have to lift people from awkward confined places, like the shower, where maintaining good posture is difficult.  The ambulance driver is new to the job, and is concerned that paramedic work will exacerbate longstanding lower back issues.  She was very interested in my explanation of how Alexander Technique might help.

Beware the ultrasound
I was asked to have an ultrasound. The operator sat facing a screen that displays the image coming from the device that was moved around my body with the right hand. It is awkward work.

She has hand pain and said 50% of the 12-14 operators at the hospital have problems. She was initially sceptical that Alexander Technique could help any more than other approaches that they have tried.  But this seemed to change as I explained that AT investigates how we do things,  changing unhelpful habits and using less effort. What a pity we could talk for only a few minutes.


How do nurses bend?

In the process, I noticed that most nurses keep their legs almost straight but bend in the middle of their back. They unconsciously misuse themselves, perhaps due to a mental map of their bodies that goes back to childhood and which hasn't been challenged by their anatomical training.

Learning how to release the knees in a lunge or monkey could help enormously.  A fellow patient instinctively did this as he folded by the joints to bring his eyes below the window blind, allowing him to see the view to the mountains.

I had several opportunities to talk to one nurse over the three days of my stay. By the end, she was convinced Alexander Technique was worth a try, and found great benefit. She came for six lessons. She now stands without thrusting her hips forward, and sleeps much better at night. She no longer needs orthotics in her shoes when working. How's that!

One observant staff member described the posture of the staff who push trolleys day in and day out.  The workers hold themselves rigid, leaning forward with rounded shoulders - even when not engaged in this activity.

Hospitals do clerical work too
Hospitals are now equipped with some standing desks at work stations as well as portable units on wheels that are used in the wards to check and update patient records.

As I saw it,  they are typically used poorly from a postural viewpoint. Key boards are too high so arms are reaching up,  screens are too low inviting a slumping forward. The standing desk can also invite locked knees and hips way too far forward.

But it wasn't just this problem.  Looking through to the back offices,  clerical staff were slumping,  pulling heads back and more. Not a pretty sight to someone trained to observe how people are using themselves.

Tentative answers for our workplaces
Will real action that works be taken to fix the problems in hospitals and in other workplaces?

I want to see organisations

Posted by Jim Crosthwaite at 11:58 AM No comments:
Email ThisBlogThis!Share to TwitterShare to FacebookShare to Pinterest

You and I raise a glass or cup to our lips many times a day. You can use Alexander Technique to explore how much tension you apply and how this can be reduced. This video demonstrates how we can all learn to use less effort across our daily activities.


Making this video was lots of fun. Thanks to Thomas Gruevski and his crew.

Posted by Jim Crosthwaite at 9:25 AM No comments:
Email ThisBlogThis!Share to TwitterShare to FacebookShare to Pinterest


The old idiom 'hold your head high' means to be confident or unashamed (Oxford English Dictionary). If we are stressed, tired or grumpy, the head drops or is held rigid. Over time, spine mobility decreases, shoulders and ribs tighten, and breathing is shallow.

Now, imagine your head as a spinning object, balancing freely above your neck (read more in the second article).

If our head pivots at the right joint - the atlanto-occipital joint - we can truly hold our head high without effort - by doing less. Then we're not 'holding' the head in place, but allowing it to float as though drawn up by a passing cloud. 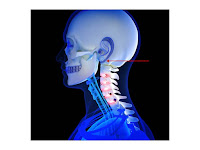 Where is this critical joint? Just below the ear lobes as shown in the image. Is that higher than you expected? Most people also expect the joint to be at the back of the neck - but notice how much room is required for the muscles and ligaments that run up the spine to the head. Test this point by nodding, using a mirror if convenient.

Now check the image and picture again your head balancing freely on the spine.
What to know more? Try these posts - Is your head well balanced? and Look up and down with ease - at the computer and elsewhere. See also my post about using the mobile phone.

My head as a spinning ball
W is a nurse who has recently started having lessons with me. She is especially enthusiastic as she has chronic posture and pain issues. Alexander Technique is a wonderful new pathway of self-education for her. Here is her observation. 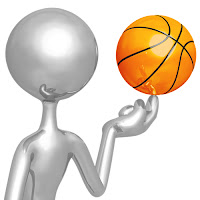 "Yesterday in my first lesson, your dumbbell illustration of the weight of our head is awakening for me. It’s as if our head is balanced on the tip of spine like balancing a spinning basketball on a finger (an act I tried to do many times in my childhood), except this basketball is not filled with air but heavy mercury."

Using AT when helping others
Nurses have a hard job. Just look at how the nurse in the image is twisting around bed and patient.

Nurse W has already found Alexander Technique can help her in awkward situations.


"Just now at work, thinking your tip of lead with head, I tried to gently pull at patient's head instead of shoulder to guide her standing up, it seems much easier for my back and her as well."

"No wonder it’s easy to put strain on the spine when tilted head is out of alignment.  Your dumbbell really made it easy for me to be conscious of my head lurching habit."
In the lesson, I had asked her to compare the weight of her head to the weight of a 3kg dumbbell - the head is much heavier!

"I readjusted the height of my piano stool today, it seems a bit lighter when I played this morning."

“think more, do less” may also be applicable at workplace in workload management."

"I’m sure the ongoing actual benefit [of AT lessons] is incalculable in dollars." 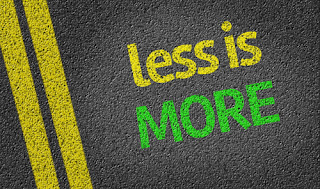 Posted by Jim Crosthwaite at 7:15 AM No comments:
Email ThisBlogThis!Share to TwitterShare to FacebookShare to Pinterest
Newer Posts Older Posts Home
Subscribe to: Posts (Atom)