Some of us are carried into adulthood by big floppy feet that became part of us as teenagers. Alexander Technique continues to change my walking habits.

Look around, and you will see that everyone walks a little differently. Even though her eyesight is very poor, my mother can pick me out from quite a distance away. My feet splay out, while the knees tend to come together. I also bounce along. Wearing thongs, my heels tend to fall off the inside edges.

At an international meeting of Alexander teachers in Germany, I recently had a lesson with Glenn Swift, a teacher from Western Australia who also teaches internationally.

After observing me for a few minutes, Glenn suggested that I change my thinking about my feet in a subtle, but very effective, way. He realised that my thinking centred on bringing the feet inwards so the toes aligned with the knees. He proposed instead that I think about how taking the heels further apart might change the alignment. As we discussed this, Glenn used gentle hands to guide me in and out of the chair. Immediately, I knew we’d made a big break-through – I noticed that my lower back was widening rather than narrowing.

The feet move with the rest of us

Glenn was the person who a year earlier had encouraged me to work with Alexander’s full set of directions – allow the neck to be free, in such a way that the head moves forward and up, and in such a way that the back can lengthen and widen. I find it very useful to occasionally work with these directions, and remind myself that the directions are thoughts, not physical actions.
Here are some additional pointers that I have found useful, especially when standing or sitting : 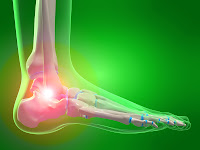 ·         Allow release at the hips and ankles
·         Knees move forward when standing, so the thighs don’t tense
·         Knees move over the feet, not inwards
·         Think about softening in front of the ankles
These are suggestions to play around with. Seek medical advice before trying them if you have pain, and ask an Alexander Teacher for lessons.
Posted by Jim Crosthwaite at 2:56 PM No comments:
Email ThisBlogThis!Share to TwitterShare to FacebookShare to Pinterest

Why the hip joint matters when sitting


It helps to know where your hip joints are – in order to sit well and avoid pain.

How a fellow traveller described his problem

In Vietnam, a traveller we met talked about recurrent pain in his lower back. He attributed this to years of training for competitive snow-boarding – a sport in which one leg is consistently placed in front of the other on the narrow board. His muscular development around the pelvis was consequently distorted.

He and I were together only briefly– we shared a meal together.
I was struck by how he sat. His lower back was rounded, and it was as though his legs were about to fall off the front of the chair – the typical slouch of the teenager.
In anatomical terms, his pelvis was tilted acutely forward - taking the hip joints with it. This position was placing enormous strain on his lower back muscles, and over time this would have repercussions for the entire muscular-skeletal system.

I pointed to where his hip joints really are - closer to the bottom of the pelvis than to the crest, and about a hand-width apart.

Then, with a gentle hand on his back, I asked him to try pivoting forward and back from these joints. He could do this quite easily, especially if he thought of leading the movement with the head.

I believe that he learnt something important from our few minutes of conversation.

This blog is about the usefulness of body mapping and applying the principles of Alexander Technique. Alexander teachers are not trained to diagnose or cure medical conditions.
Posted by Jim Crosthwaite at 10:04 AM No comments:
Email ThisBlogThis!Share to TwitterShare to FacebookShare to Pinterest


Do you convey all key elements of Alexander Technique at your first meeting? Well, I tried – and it was over dinner!


How did this come about

In our Hanoi hotel, my partner Sandra and I met a lovely German couple who were keen to find out more about Alexander Technique. One of them Gerta occasionally has neck pain. As she later said, perhaps we were destined to meet here. They knew about Feldenkrais, but not Alexander Technique.
As I explained a little of the Technique over breakfast, both presumed that they were slumping, and each straightened up, and over-tightened their back muscles as a result. This response is very common when attention is drawn to posture. Gerta went on to explain her worries about lifting up her young grand-children. She also teaches for 8 hours a day, frequently having to quickly react to a barrage of questions.
There was only one short opportunity for me to directly work with Gerta. There was much laughter given our language difficulties. She did understand clearly the importance of 'going up', and she used a metaphor of a balloon tied to her head to describe this. To my surprise, she also uses semi-supine regularly, and said that she learned it in Pilates. I demonstrated how the monkey position can be used to lengthen and widen the back.

We talked a lot more about Alexander Technique when the four of us were dining that night. I had earlier been reading about the distinguishing features of the Technique according to Patrick MacDonald, an early Alexander teacher (MacDonald 1988, 1989). We had a lot of fun as I explained his points, and illustrated them as best I could at our table.

Over our drinks, we discussed how habits become ingrained from early childhood, and that they are unique to each of us. I demonstrated how most of us unnecessarily raise our head to drink or eat, instead of simply lowering the jaw. Of course, raising the head can be associated with a tightening of the neck.

Now soup came. We discussed less stressful ways of taking and answering questions. I suggested that Gerta could remind herself of the balloon keeping her tall, and also be aware of the whole room including behind, above and to the sides – and even to talk to them as well as direct to the audience. This would all encourage being present, and allowing time to pause for milliseconds when out front. This would be worth practicing in everyday situations, rather than trying to remember it when teaching.

Initially our new friends looked at me blankly when I used this term. It became clearer when I described how we each see ourselves differently to how others view us. It is unusual for us to have an accurate map of our bodies and how it is positioned in space. I gave the example of how so many people stand or walk with their hips thrust forward of the plumbline through the ear (close to the all-important atlanto-occipital joint), shoulder, hip joint and ankles.

We had already discussed the important relationship between head and neck so it wasn't difficult to explain how the head leads and body follows. By this time we were through our main course, and becoming a little confused about how many of the Alexander principles we'd covered.

I used Alexander's words : "Allow your neck to be free, in such a way that the head can move forward and up, and in such a way that the back can lengthen and widen". This captures the appropriate relationship between head and spine, but adds a mental dimension – "allowing" as opposed to "doing". Teacher extraordinaire David Gorman says primary control means many things to many people – I'll explore primary control more closely in a later blog.

Did I give too much information over the course of the meal –the equivalent of one lesson? It was a lot to absorb, so I later sent Gerta an email with websites for Alexander teachers in Germany, and a list of MacDonald's five points. And I also sent her this blog as a courtesy and to reinforce what we'd discussed.
Did it confuse you, or introduce too many new terms? Well, I hope to make Alexander Technique clearer in these blogs over the next few months, or you can jump ahead through searching other sites (start with http://www.austat.org.au/ or http://www.alexandertechnique.com/). However, reading about it isn't a substitute for the full experience of Alexander Technique. I can only encourage you to try lessons with me or another

MacDonald, P.J. 1988 'On giving directions, doing and non-doing' The Alexander Journal No. 9 Summer 1988, pp.4-11.
Macdonald, P. 1989 The Alexander Technique as I see it. Rahula Press (The Alpha Press), United Kingdom.
Posted by Jim Crosthwaite at 4:47 PM No comments:
Email ThisBlogThis!Share to TwitterShare to FacebookShare to Pinterest

As we were walking

Nearly all of us walk every day. A quick look around indicates that everyone has their very own style, reflecting their past history and habitual way of doing things. Alexander Technique can help to make our walking more fluid and less demanding on our bodies.

What I noticed in my friend's walk

When I London, I promised to help a friend with some Alexander Technique. He is still a young man in his twenties, but periodically gets neck pain and back stiffness. He told me that his voice tends to strain by the end of the day. Sound familiar?
Nothing eventuated for several days. As he is a friend, I didn't want my advice to come over as 'you must do this'.

Then one day when we were out, something about his walking struck me. He was walking with his shoulders pulled back and his hips slightly forward. This is such a common pattern, especially amongst men. It brings much unnecessary tension to the spine – try it carefully, and you may see what I mean.

We were walking alongside each other, with me to the left. I gently placed my left hand on the front of his left hip, with the subtlest of hints through my hand indicated that the hips didn't need to lead his walk. I placed the other on his back, again gently encouraging the upper torso forward. Through his body, he responded positively.

As American teacher Cathy Madden says, the 'head leads, so that the body follows, in order that I can … [do the desired activity]'. This is a fundamental of the Alexander Technique.

﻿
﻿ This was a once-off activity. My friend may have really learnt something from it, he may not have. I think it was worth trying. At least it will have alerted him to the possibilities with Alexander Technique, and he may in the future have lessons in London.
Posted by Jim Crosthwaite at 10:12 AM No comments:
Email ThisBlogThis!Share to TwitterShare to FacebookShare to Pinterest
Newer Posts Older Posts Home
Subscribe to: Posts (Atom)